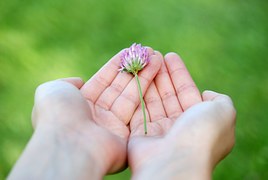 The Giving Australia 2016 team would like to thank Natalie Silver, PhD candidate at ACPNS, for this blog post.

We live in a world where people are financially and socially more connected than ever before. In the same way that economic globalisation transformed the global economy in the 20th century, the dramatic rise in international philanthropy in the 21st century has significantly altered the global philanthropic landscape. From 1991 to 2011, the OECD estimated that cross-border philanthropy from donor countries to the developing world grew from approximately US$5 billion to US$32 billion. If private donations combined were a country, they would constitute the world’s largest donor.

The global philanthropic landscape has been altered not only in terms of the amount of international philanthropy, but also the form that giving takes. New web-based technologies such as e-philanthropy and online giving and an array of social media have provided the infrastructure for a global philanthropic marketplace. A rise in international migration and an increasingly mobile international workforce has generated significant diaspora giving and remittances to home countries. New forms of social investment have also emerged, employing nonprofit, for-profit and hybrid structures. These financing mechanisms have been introduced by a new breed of global philanthropists giving large amounts of their wealth to tackle contemporary social problems and long-term global challenges that governments have been unable, or unwilling, to solve.

The United States has been at the forefront of the globalisation of philanthropy, with OECD figures showing that US private philanthropy to developing countries in 2013 was almost US$23 billion, a nearly tenfold increase from 1990. From the architects of modern philanthropy, Andrew Carnegie and John D. Rockefeller, who demonstrated a strong commitment to international causes, to Chuck Feeney and George Soros who established multi-billion-dollar philanthropic foundations serving as vehicles for large-scale cross-border giving, the US has been an engine of international philanthropy powered by its wealthiest citizens. No where is this more evident than the Bill and Melinda Gates Foundation. According to the OECD’s official aid data, the Gates Foundation is now the largest funder in the global health arena outside the US and UK governments, spending more annually on global health than the World Health Organisation.

END_OF_DOCUMENT_TOKEN_TO_BE_REPLACED

Again we are pleased to present to you a selected real photos of real people taking real actions image. More photos are to come. 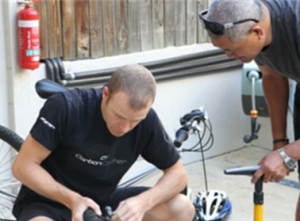 Help Me With It is a new way to get help and to help others. Help Me With It is a service connecting individuals who need help to do one-off tasks with individuals who can volunteer their time to fix, clean, care, shop, transport, garden, sort, teach and more. The Brisbane pilot of the service has just finished, and it will be launched in late 2016 in South-east Queensland. For more information about Help Me With It, please go to the website at www.helpmewithit.org.au

Don’t forget, if you are involved with a charity or nonprofit organisation, or if you are a volunteer or a philanthropist, we would love to tell your story.

We have a range of publications on giving, volunteering and the nonprofit sector in which your photos may be published. The findings of our research projects help people and nonprofit organisations and benefit communities across Australia.